On the 15th of May 2016 as a result of a sabotage, the mast in Borås Häglared in west Sweden  collapsed. We undertook the erection of a new mast directly for TERACOM according to RAMBOLL’s design. There were 9 companies from 5 European countries engaged in the project. All works took  less than 10 months.

The new mast was erected right next to what survived after the sabotage, which resulted in a number of clashes during installation of guy ropes – especially those additionally equipped in warning spheres. Sections were assembled in a frame designed for this purpose and their vertical erection was performed by our own self-mounting derrick. The mast was equipped in 5 levels of guy ropes with a diameter of 46.4 mm. At the top of the mast we installed 20.5–meter-tall Kathrein antenna system with a weight of 4.6 tons. The antenna was erected in one piece.

We performed the erection during extremely harsh weather conditions but it did not prevent finishing in contracted time.

Welcome to watch a YouTube video linked below to see more about us and the project. 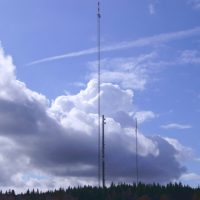 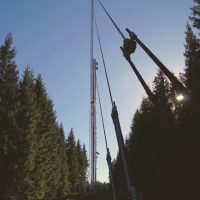 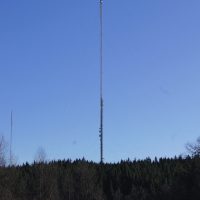 The Palace of Culture and Science in Warszawa 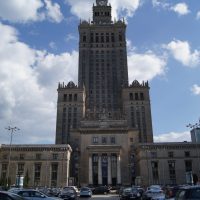 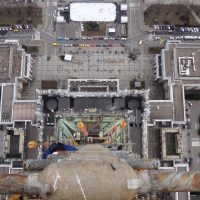 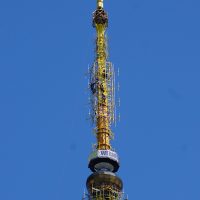 Calculation, design and installation – the replacement of main 10-bay and reserve 3-bay FM antenna systems on the mast in Katowice – Kosztowy at +275 m and +224 m – works started in 2016 and were finished in January 2017. 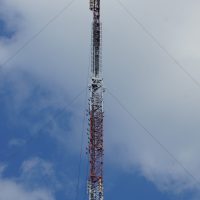 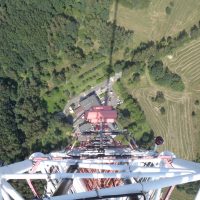